I’m pleased to announce Seyed Javad Miri and I’s new co-edited book on Ali Shariati, the revolutionary theorist who was instrumental in the removal of the U.S. imposed dictator of Iran, Mohammed Reza Pahlavi Shah. This book is comprised of fourteen essays written by scholars from numerous countries, all exploring the work, legacy, and continual relevance of Ali Shariati’s thought and praxis. It would be of interest to those who study revolutionary philosophy, critical sociology, Iranian history, political Islam, and Islamic liberation theology.

The book was released in hardcover in the winter of 2017 by Brill (Leiden, Netherlands). 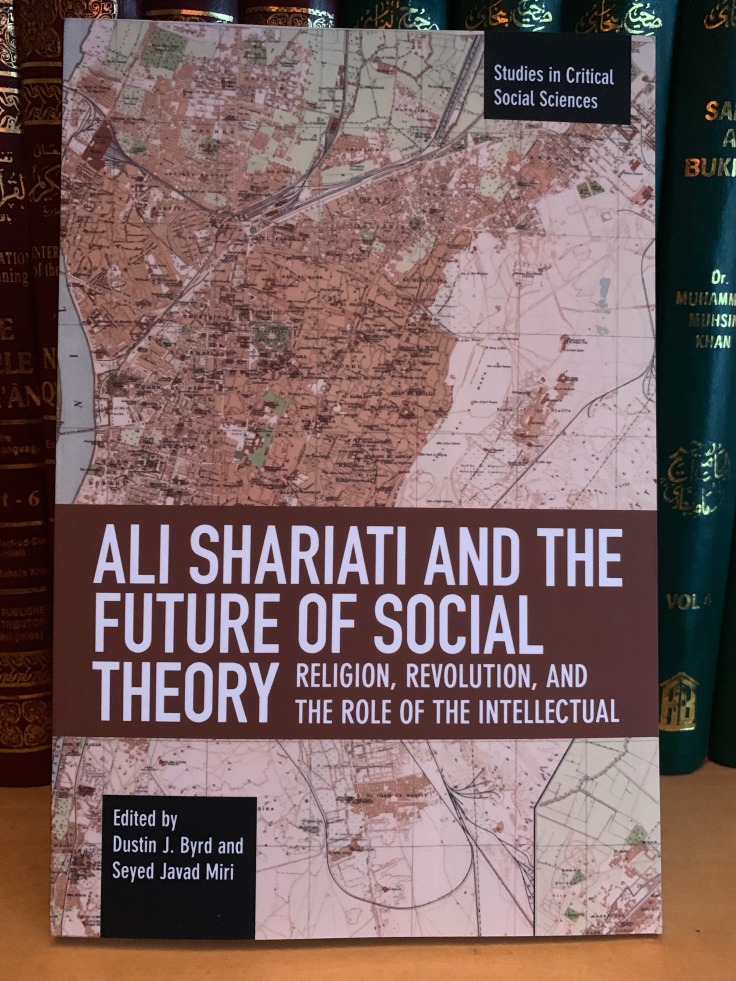 Out Now: The Paperback version of Ali Shariati and the Future of Social Theory, by Haymarket Books.

A Review from an Amazon customer:

Although relatively unknown in Western circles, Ali Shariati is perhaps one of most important and influential Muslim thinkers of the twentieth century. Through his unique synthesis of Shi’ite liberation theology and Marxist thought, Shariati provided an intellectual foundation for the Iranian Revolution and has continued inspire modernist Islamic thinkers and Muslim leftists to this day. That being said, this book provides a comprehensive and thorough analysis and critique of Shariati’s thought from a multitude of perspectives, and can only be described as one of the most important works on Shariati to date. Though there are times where this book comes off as a bit too academic for some readers, I think that it is an important read for any Muslim who is interested in a modernist take and application of Islamic teachings as well as anyone who is interested in learning more about Ali Shariati and his ideas. Overall, I highly recommend this book and hope that other Muslim thinkers are given similar coverage in the future.

Find what you’re looking for:

Ekpyrosis Press: an independent peer-review publishing house for the advancement of critical thought in an age of cultural conformity and reactionary politics.